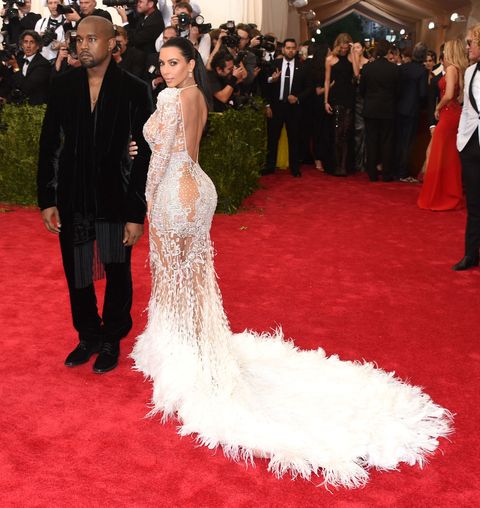 One of the Met Gala's #mosttalkedaboutcouples won't be hitting the red carpet together this year.

According to People, Kanye West is skipping fashion's biggest event and will instead be staying at home Monday night, while his wife Kim Kardashian attends the Met Gala alone—aside from family members who will be attending separately.

"Kim will be going solo," a source close to the couple told People. "[Kanye]'s still very much enjoying his time off from public events."

"He'll be staying back in L.A. with their kids," the source continued. "Everything is great with him and Kim and he's supportive of her going solo."

While it's totally possible Kanye is simply ditching the event to spend some well-deserved time with his super adorable kids North and Saint, some fashion insiders believe it might also be because the rapper got into a bit of trouble last year after he showed up to the event wearing ripped denim. Clearly, that's not something Vogue EIC Anna Wintour would normally stand for—maybe he got a bit of a talking-to re: the dress code?

...But of course, only Kanye knows why Kanye does what Kanye does.