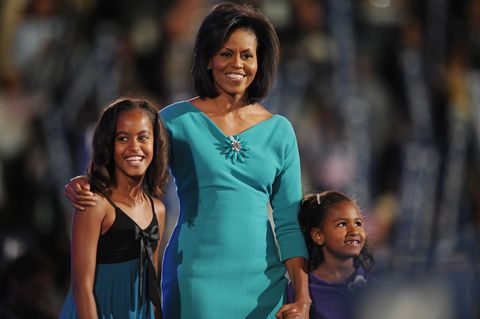 Award-winning director Ava DuVernay is one of the many people trying to keep the stories of the past in our collective consciousness. She directed Selma, as well as the Oscar-nominated documentary 13th, which explored the mass incarceration of people of color in the U.S. through the lens of the economic history of slavery.

In her latest lesson, DuVerney tweeted a picture of a memorial plaque honoring Melvinia "Mattie" Shields McGruder, who was born in 1844 and died at 94 in 1938.

Mattie was born enslaved, and though her memory alone is worth preserving, the plaque notes that she is the great-great-grandmother of Michelle Obama.

The Tweet has been liked 300K times so far, as well as retweeted 100K times and has more than 1,000 comments. Many people responded explaining what an emotional and powerful message this is.

I literally started crying. Tears for what our ancestors had to endure.

My great-grandfather William Johnson Moore was a slave in Tennessee. I am now the head of @nycpublicdesign and on the faculty at @Columbia. pic.twitter.com/y8azy1TReI

Thanks again Michelle for guiding a nation. Showing us what a true 1st does & should do.

Besides being FLOTUS, @MichelleObama is also Ivy League educated. I bet Ms. Mattie would be beyond proud!

We need big dreams now. And this is inspiring to remind us that people still are becoming those dreams.

Achieving your own personal goals is obviously important, but the idea of doing honor to ancestors who might never even have imagined their own freedom is a hugely moving one.