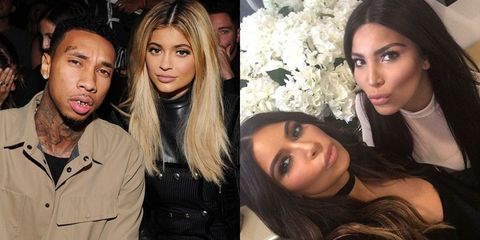 Tyga and Kylie Jenner ended their on-and-off relationship, seemingly for good, earlier this year. Kylie has long since moved on and started dating Travis Scott. Now it looks like Tyga is moving on...kind of. 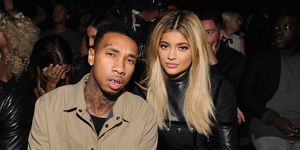 What Went Wrong Between Kylie Jenner and Tyga

Rumor has it that he's now dating Kamilla Osman.

Who's Kamilla Osman and what do she have to do with the Kardashian/Jenners, you ask? Well, Kamilla is an influencer most recognized for being a dead ringer for Kim Kardashian. Tyga was spotted riding around with the Kim lookalike the other night.

It's crazy how much #Tyga's new boo #KamillaOsman resembles #KimK! Looks like the pair is still going strong 👀 📷: Backgrid

She really does look like Kim's twin! You might remember Kamilla even showed up in an episode of Keeping Up With the Kardashians and came face-to-face with Kim.

It's posted on Kamilla's account, and yet I'm skeptical. lolol.

So, yeah, Tyga is dating his ex's sister's most famous lookalike.

Noelle Devoe Entertainment Editor When I'm not holed up in my room going on a completely unproductive Netflix binge or Tumblr stalking Timothée Chalomet, I'm searching for awesome celeb news stories that Seventeen readers will love!
Advertisement - Continue Reading Below
More From Celebrity
Why Harry and Meghan Should Keep Their Protections
Taylor Swift Explains Why She Loves Joe Alwyn
Advertisement - Continue Reading Below
Real Humans Justin & Jessica Are Going to Therapy
Why the Queen Canceled One of Her Annual Events
Channing Tatum Shuts Down Jessie J Hater on Insta
Celebrities Who Are Mistaken for Other Celebs
Dolly Parton, Icon, Started a Viral Meme
Meghan & Harry's Trademark's Been Blocked for Now
Khloe Kardashian's House Has a Room for Extensions
Katie Holmes Stuns in a White Oversize Coat