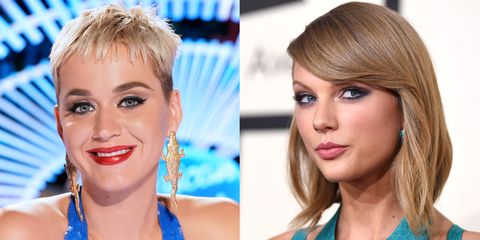 In the latest installment of the Katy Perry and Taylor Swift drama that never seems to end, Perry has shaded her pop rival hard on American Idol.

As one of the judges on the rebooted series, Perry has to sit through a lot of renditions of popular songs. And who should keep popping up time and again but her frenemy Swift. In a new clip, several contestants can be seen announcing that they're going to sing Swift, and one of them even apologizes saying, "I'm sorry for this Katy."

But Perry had a brutal retort ready. She told the contestant, "You don't have to be sorry," and that wasn't all. When he reiterated, "I love Taylor Swift!" Perry replied, "I love her as a songwriter as well." The shade is real with this one:

Perry's response is unsurprising considering the ongoing drama between the singers. The "Roar" singer explained her feud with Swift in May 2017, telling her side of the story on James Corden's Primetime Special:

"It's about backing dancers. It's so crazy! Okay, so there are three backing dancers that went on tour with her tour, right? And they asked me before they went on tour if they could go, and I was like, 'Yeah, of course. I'm not on a record cycle, and get the work, and she's great and all that. But I will be on a record cycle in about a year, so be sure to put a 30-day contingency in your contract so you can get out if you want to join me when I say I'm going back on.'"

According to Perry, "She wouldn't speak to me... It was a full shut-down and then she writes a song about me and I'm like 'OK, cool, cool, cool. That's how you wanna deal with it?'"

And if Perry's comment on American Idol is anything to go by, it seems as though the drama between the pair is far from over. 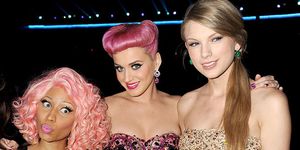