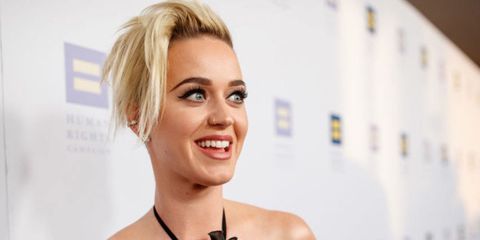 Amazing news for American Idolfans. Katy Perry could become a judge on the talent show, when it's rebooted on ABC this fall. According to TMZ, Perry is close to finalizing her contract to appear on the show. This would be a pretty major gig for the "Chained to the Rhythm" singer.

2017 is already shaping up to be a busy year for Perry, as she prepares to release her new album, and go on tour. A judging role on American Idol would be a huge commitment for the busy pop star, but according to TMZ, everyone is excited by the prospect.

This wouldn't be the first time Perry's judged a talent show. She was a guest judge on American Idol in 2010, and told MTV News at the time, "If I was offered that job as a permanent host, I would ditch my career and take on that career." And it didn't even sound like she was joking.

TMZ predict that ABC will make an announcement regarding their new judges on Tuesday.