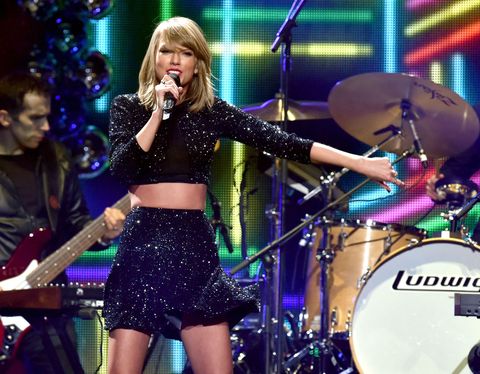 Taylor Swift had an incredible year. Her album, 1989, shattered sales records and cemented her status as a bona fide pop star. She made friends with the entire fashion world, performed at the Victoria's Secret fashion show, and even made her cats famous. And all the while, she found time to give back.

According to the nonprofit DoSomething.org, Swift made the most impact out of any celebrity in 2014. She topped their annual Celebs Gone Good list, which celebrates stars who use their fame for a good cause. Rankings are determined by fan votes, IMDb rankings, and a panel of expert advisors.

Actually, this is Swift's third straight year at the top of the list. The site commended her for donating the full proceeds from her song "Welcome to New York" to the New York City public school system. In previous years, she's received the honor for supporting charities benefiting homeless youth and children with cancer, plus donating to the Country Hall of Fame Museum and the Nashville Symphony.

Other stars on the list included Beyoncé, Miley Cyrus, Emma Watson, and Orange Is the New Black star Laverne Cox. Here's the top 10: