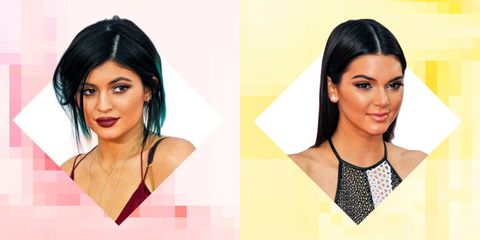 Sister Kendall's got her own thing going on, of course, with an L.A. condo she bought earlier this year. It's basically like 2016 is the Oprah car-giveaway episode but with million-dollar real-estate holdings.

For easy comparison, here are fact sheets and photos of both. 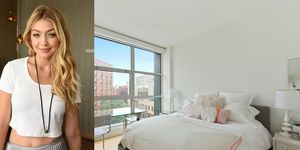 The Homes of These Under-30 Celebrities Will Make You Question All Your Life Choices
Chelsea Peng I'm Chelsea Peng, the assistant editor at MarieClaire.com.
Advertisement - Continue Reading Below
More From Celebrity
Fans Love This Accident Meme of Queen Elizabeth
Kate and Will Are Symbolically Leading Monarchy
Advertisement - Continue Reading Below
Meghan & Harry Posted Their Last Sussex Instagram
Kate Middleton Takes Off Her Engagement Ring
Selena Liked Two Bieber Photos on Instagram
The Queen Hired Meghan and Harry's Ex-PR Director
Billie Eilish's Acoustic Performance of 'Bad Guy'
Chrissy Threw a Wedding for Luna's Stuffed Animals
Trump Won't Pay for Meghan and Harry's Security
Harry Could Lose Titles If He Becomes a US Citizen