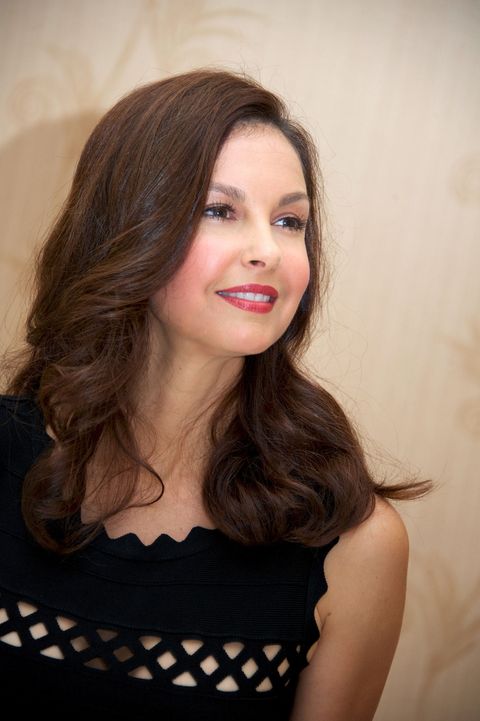 An alarming lack of logic, appalling comments, and vile name-calling might be a reality we've just got to accept when using the Internet, but threats of sexual violence are another matter entirely.

When Ashley Judd tweeted that the Arkansas Razorbacks were "playing dirty" during Sunday's Southeastern Conference championship game, she received verbal abuse so graphic NBC couldn't air the text on television. (Literally—they had to blur it out.) The actress made an appearance on the network Monday to explain why she's taking legal action against the writers of the explicit tweets.

Good on you, Ashley Judd, for taking this seriously. Watch the rest of her interview below.

Visit NBCNews.com for breaking news, world news, and news about the economy

Emma Watson: "The Minute I Stood Up to Talk About Women's Rights I Was Attacked"

Chelsea Peng I'm Chelsea Peng, the assistant editor at MarieClaire.com.
This content is created and maintained by a third party, and imported onto this page to help users provide their email addresses. You may be able to find more information about this and similar content at piano.io
Advertisement - Continue Reading Below
More From Celebrity
The Queen's Tolerance Was the Key to Her Marriage
J.Lo "Likes" Shady IG Post After A-Rod Split 👀
Advertisement - Continue Reading Below
Beyoncé Shares Photos of Her White Power Suit
Will & Kate Welcomed Harry Back Into Their Group
Queen Left a Handwritten Note on Philip's Coffin
The Queen Said Grief Is the Price We Pay for Love
All of the Photos from Prince Philip's Funeral
The Queen Wore This Brooch to Philip's Funeral
Kate Middleton's Nod to Diana at Philip's Funeral
Queen Elizabeth Appears at Prince Philip's Funeral