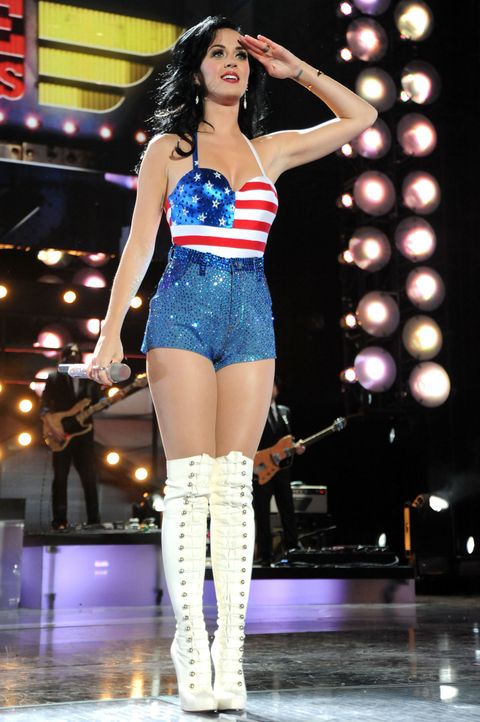 She might not strike you as the typical presidential hopeful with the gyrating and the Super Bowl performance and all, but if Donald Trump can run for the highest office in the United States, why *not* Katy Perry?

At the So the World May Hear Awards Gala on Sunday, the giver of credit where credit is due stopped for a photo with two fans.

Judging by the caption accompanying this Commander in Chief sandwich, she won't run until at least 2020, but that should give her plenty of time to make Left Shark her running mate, fund a Super PAC with her gazillions, and go on multiple whistle-stop tours of our great nation driving a candy-cane-trimmed RV. "Katy Perry: America's (Teenage) Dream." "Katy Perry: Brighter than the Moon, Moon, Moon." "Katy Perry: Coming at You Like a Dark Horse." (Chelsea 4 campaign manager.)