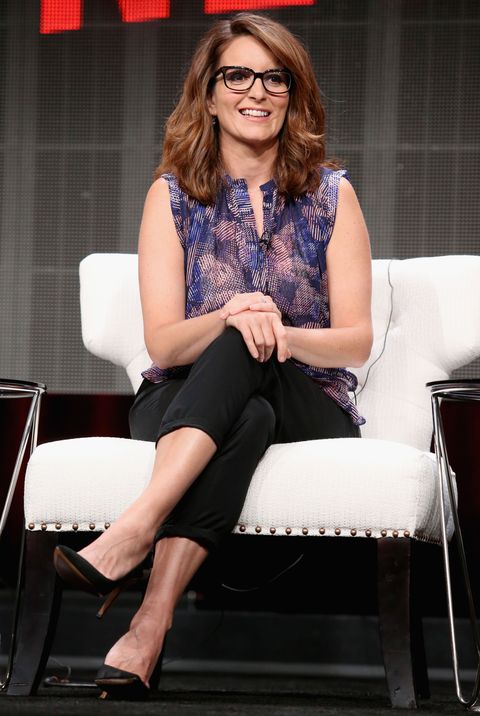 For those of us who are still trying to fill a crater in our TV schedule where 30 Rock used to be, help is on the way.  Entertainment Weekly reports that NBC has ordered new comedies from comedic genius Tina Fey and 30 Rock showrunner Robert Carlock, as well as Parks and Recreation's Mike Schur.

Fey and Carlock, who worked together on The Unbreakable Kimmy Schmidt, will be teaming up with another 30 Rock writer, Tracey Wigfield, for the untitled comedy. Based on what we know, it currently sounds like an *awesome* blend of 30 Rock and Gilmore Girls.

"Tracey has created a lightly autobiographical, very relatable comedy about an up-and-coming millennial woman working at a cable news network where her mother happens to get a job after going back into the work place," NBC Chairman Robert Greenblatt said. "The combination of Tina, Robert, and Tracey, we think, is about as good as it gets."

This content is created and maintained by a third party, and imported onto this page to help users provide their email addresses. You may be able to find more information about this and similar content at piano.io
Advertisement - Continue Reading Below
More From Celebrity
Emma Watson Stunned at the Earthshot Prize
Kate "Didn't Have Much Energy to Bond" With Meghan
Advertisement - Continue Reading Below
Blake Lively Trolled Ryan Reynolds Again
Kourtney Kardashian and Travis Barker Are Engaged!
See Kate Middleton's Subtle Environmental Look
Prince George "Adored" Seeing Dinosaur Fossils
Kate Middleton Borrows The Queen's Fashion Trick
Princes Charle and William "Competing" Over Causes
Lilibet May Be Christened in California After All
The Sweet Family Photos in Prince William's Office