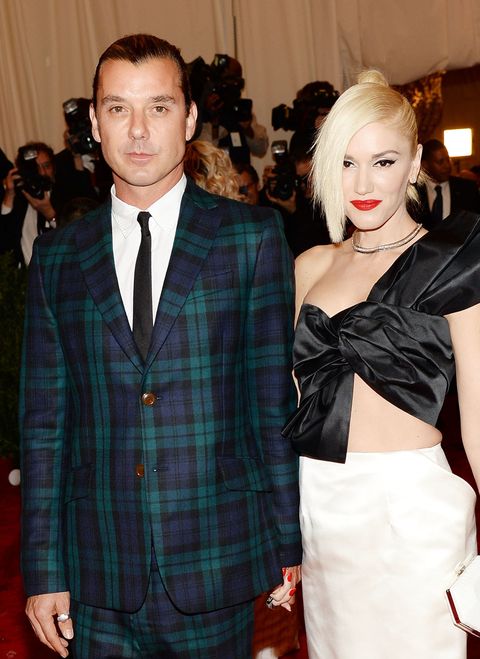 Chrissy Teigen took fire for her "no hot nannies" comment, but this new report on the dissolution of Gwen Stefani and Gavin Rossdale's marriage only adds to the troubling precedent behind her joke.

According to Us Weekly, the Brit rocker had been involved with the caretaker of his three children until Stefani discovered illicit messages and nude photos on the family iPad after another nanny alerted her to the affair. Rossdale allegedly claimed the relationship was merely a flirtation at first but confessed months later.

The admission "completely devastated her," a source said to Us. "She was mortified, livid, and embarrassed."

Yikes. Not something you bounce back from easily, but Gwen seems to have moved on all right—and given us some ace music in the process.

Chelsea Peng I'm Chelsea Peng, the assistant editor at MarieClaire.com.
This content is created and maintained by a third party, and imported onto this page to help users provide their email addresses. You may be able to find more information about this and similar content at piano.io
Advertisement - Continue Reading Below
More From Celebrity
Beyoncé Stuns in a Mesh Dress With Matching Gloves
Lizzo and Chris Evans Had the Best IG Interaction
Advertisement - Continue Reading Below
Travis Shared PDA-Heavy Bday Tribute to Kourtney
How the Queen Ends Awkwardly-Long Handshakes
The Queen Has a Rule Against Bad Talking Family
The Queen Took a Pic of Philip With Her to Funeral
The Queen's Tolerance Was the Key to Her Marriage
J.Lo "Likes" Shady IG Post After A-Rod Split 👀
Beyoncé Shares Photos of Her White Power Suit
Will & Kate Welcomed Harry Back Into Their Group