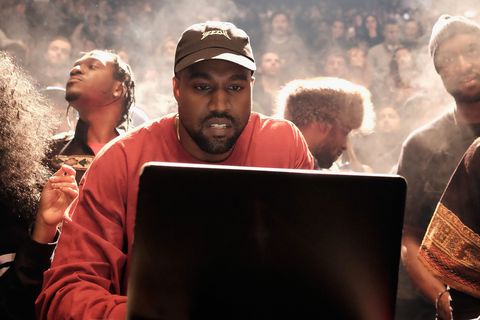 Judging by his latest Twitter, um, episodes, we're beginning to see a kinder, gentler Kanye who's bringing transparency to the world of celebrity. That or he's really trying to get the public behind his Mark Zuckerberg bailout plan.

In his most recent series of online revelations, the subtweetee to Taylor Swift's subtweeter revisits his $53 million debt, defines the American dream, and floats the idea of a fashion group covering his bad investments.

It's okay, Kanye—eight in 10 Americans are in debt just like you. Except usually a lot less.