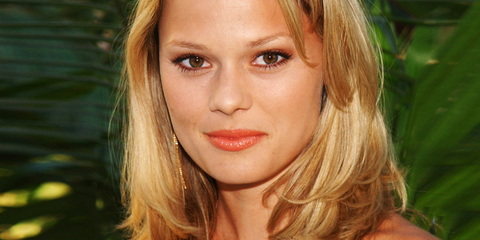 Those of you who sobbed your way through the final minutes of Cruel Intentions know that Sebastian Valmont gets murdered by an evil taxi intent on crushing his spirit/body. What you didn't know is that Sebastian's girlfriend, Annette Hargrove (played by Reese Witherspoon), was pregnant at the time of his death...which brings us to the Cruel Intentions TV reboot.

The show will follow Bash Casey, Sebastian and Annette's son who's just trying to make it in this crazy world. And while Sarah Michelle Gellar has signed on to reprise her role as Kathryn Merteuil (Bash's aunt), Reese Witherspoon won't be joining the production as his mother. Why she wouldn't want to take time out of her life to star in a NBC reboot is beyond us, but okay.

NBC has tapped Drop Dead Diva's Kate Levering as Annette, who follows Bash to San Francisco and confronts her past (or more specifically, Kathryn and her drug-laced rosaries).

Cool, but will Kate be able to make this face?