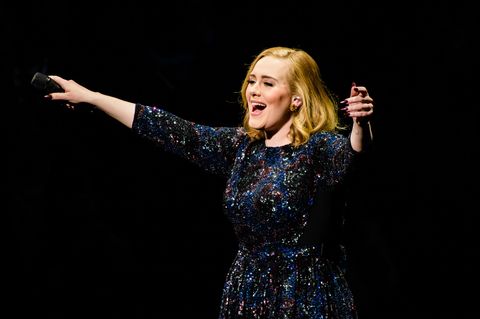 Because she's only human, apparently Adele sometimes forgets the lyrics to her own songs while on stage. Which is weird since said lyrics are etched in our brains for spontaneous "need to sob on the couch" purposes, but whatever. Adele has a lot on her mind, mmmkay?

Anyway, the British icon had a lyrical mind-blank mid-concert, and her reaction was priceless. Watch below, but spoiler alert in case you're currently in an office with a side-eyeing boss: she says, "wait, wrong words. Shit. Shit. Shit."

1. The song still sounds good with the wrong lyrics.

2. Honestly, we'll listen to whatever as long as it renders us immobile on the couch with a bucket of ice cream.