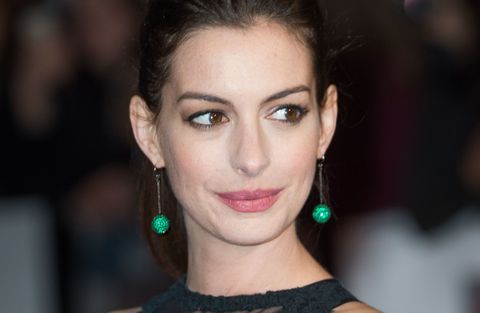 Anne Hathaway is taking on a brand-new role, but this time it ain't on a screen. On Wednesday, U.N. Women announced its appointment of Hathaway as a global Goodwill Ambassador for the agency, with a focus on women's rights—specifically on the unpaid care work women do in the home.

"The appointment of Anne is timely because this year, U.N. Women is driving hard to foster more positive mindsets and practical arrangements around workplaces that build and support equality for women," Phumzile Mlambo-Ngcuka, executive director of U.N. Women, said in a statement. "The 'motherhood penalty'—which means that when they become mothers, women's pay and opportunities at work suffer is a particularly insidious demonstration of gender inequality in the workplace."

Excited to be appointed Global Goodwill Ambassador of @UNWomen, the UN agency for gender equality and women’s empowerment. Honored to work with @UNWomen to ensure that all genders are able to fully and equally participate in the world economy. I think we can all agree it's long past the time for action. unwomen.org

"We needed an advocate who had the intellect and passion to tackle this complex issue. Within moments of meeting Anne, I realized that we had found our woman," she said, according to Reuters.

Hathaway has served as an advocate for the Nike Foundation, traveled to Kenya and Ethiopia to raise awareness about child marriage, and narrated the documentary Girl Rising, which tackled education.

"I feel honored and inspired by this opportunity to aid in advancing gender equality," the actress said in a statement. Here's to more good in the world. You go, Anne.