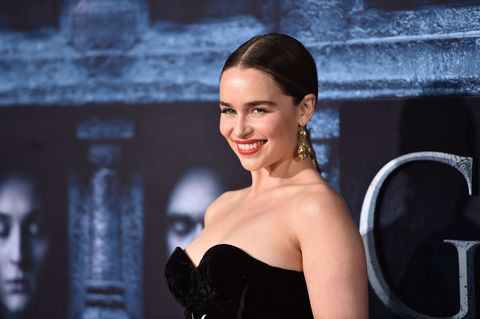 After six seasons of making us laugh, cry, and throw stuff at our TV in a blind rage (okay, maybe not laugh, but definitely those last two), Deadline reports that Game of Thrones' cast might be getting a raise. How much? Apparently, the show's five principle cast members (AKA Peter Dinklage, Kit Harington, Lena Headey, Emilia Clarke, and Nikolaj Coster-Waldau) will be paid upwards of $500,000 an episode for the show's upcoming seventh season.

In 2014, the main cast reportedly renegotiated for $300,000 an episode in exchange for signing on for Season 7. Since history seems to be repeating itself, this new renegotiation could signal a green-light for Season 8. Exciting, but LORD KNOWS how many of our faves will be dead by then.