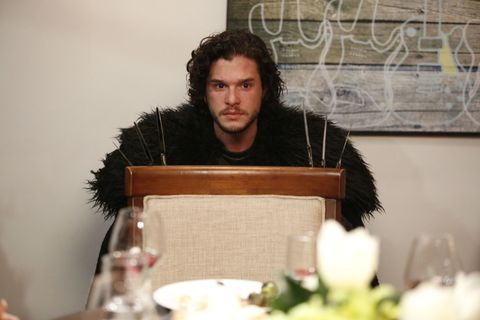 Welp, guess we no longer have to assume, because—despite the actor who plays Bran trying to throw us off with a horrifying incest theory—HBO's Game of Thrones blog just released a handy family tree.

So, basically cynical viewers were like, "Okay, fan theorists, but...."

And some eager HBO graphics intern was like, "DONE!"

So thank you, Game of Thrones blog, for doing what neither the show nor the books had the courage to do.