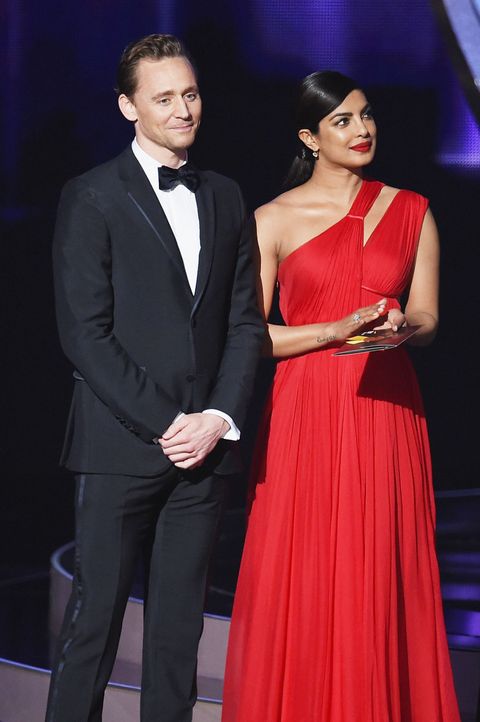 Newly single Tom Hiddleston and Priyanka Chopra presented together at the Emmy Awards on Sunday night, and anyone with eyeballs could see that there were *vibes*. This twirl does not lie.

If we've learned anything from Hiddleston spontaneously dancing with ladies, it's that it'll only be a matter of time until he's wearing their name on a tank top. That said, sources tell E! that Hiddleston and Chopra were "openly flirting with each other" at the Emmys after-party, and that "Tom had his arm around her and held her close."

But wait, there's more for you to 😱 at: Apparently, the pair "talked closely" and "were holding hands at one point." Priyanka even fixed Tom's bow-tie for him.

Hiddleka (thoughts on that, by the way?) reportedly exchanged numbers and parted ways after a prolonged hug and some cheek kisses, which, cool—but 👏 what 👏 about 👏 Miss 👏Piggy?