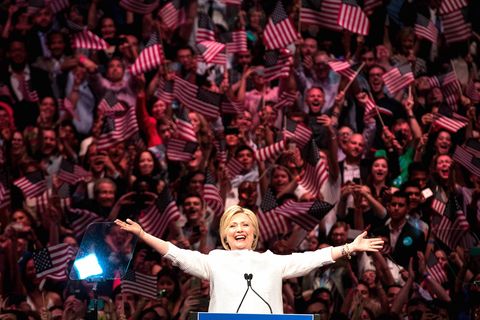 It's fair to say that Hillary Clinton has already shattered the glass ceiling, but the Democratic presidential candidate is driving the point home by way of a not-so-subtle election night venue which features an actual glass ceiling.

Clinton will celebrate the night at the Jacob K. Javits Center on Manhattan's West Side on November 8, which is an 840,000 square foot venue made almost entirely of glass.

As People notes, the venue holds meaning for Donald Trump as well, who offered to build it in 1987 as long as he could give it his family name. He was denied, and now Hillary is making her mark.