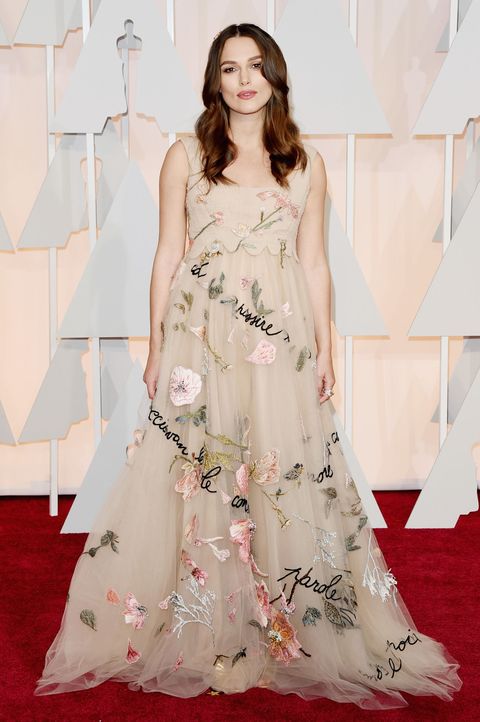 Between Taylor Swift's encounter with an alleged groper, Kim Kardashian's robbery, Gigi Hadid's attack, and both Kendall Jenner and Miranda Kerr's brush with men who allegedly stalked them, a truly alarming trend is taking place in Hollywood. Namely, invasion of privacy and assault against women.

On that horrible note, a man named Mark Revill has been charged with stalking Keira Knightley between August 1 and October 22, and has admitted to an array of disturbing behaviors—including shouting "meow" through Knightley's mailbox, writing in chalk outside her home, and sending her a USB with "cat-themed music."

"The first point of contact was a chalk drawing on the pavement, an arrow pointing directly at her front door," Prosecutor Simms Khan said during a court appearance. "He then persistently delivered hand written letters—there was no stamp of frank on it so there was no way it could have gone through the Royal Mail or any other delivery system...It makes the victim uncomfortable, she sees him outside, goes away and continues her day, comes back, and he's still outside."

Revill is currently in custody for breaching his bail terms, and awaits sentencing.