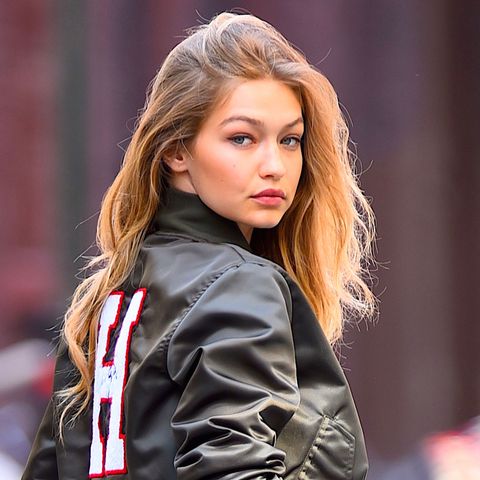 The other day, Gigi Hadid was walking around Milan minding her own business, when a "fan" (AKA celebrity "prankster" Vitalii Sediuk) felt the need to pick her up without asking. Which definitely counts as assault, in case anyone is unclear.

Because she was being groped by a total stranger, Gigi did what any girl would do: she elbowed him in the face and tried to escape. But strangely, the supermodel has been called out for her behavior—and she's having none of it.

and had EVERY RIGHT to defend myself. How dare that idiot thinks he has the right to man-handle a complete stranger. He ran quick tho 👊🏼😏🐱

To be clear, when faced with an unknown man trying to pick you up, it is 100 percent better to pull a Gigi and elbow them in the face than politely sit there and feel out the situation. Yes? Yes. A thousand times yes.

Gigi = a role model in more ways than one.

Mehera Bonner Contributor Mehera Bonner is a news writer who focuses on celebrities and royals—follow her on Instagram.
Advertisement - Continue Reading Below
More From Celebrity
Watch the First Trailer for Kim's New Documentary
The Queen Looks Genuinely Happy Amid Sussex Exit
Advertisement - Continue Reading Below
Brad & Angelina Are Releasing a New Wine Together
The Royal Exit News Has Made Harry Happy Again
The Future of Harry & Meghan's Sussex Royal Brand
Sussexes Announce Plans to Move to North America
Queen Says She's "Particularly Proud" of Meghan
Meghan and Harry Will Still Live at Frogmore
How Meghan Markle and Prince Harry Will Make Money
Harry and Meghan's Royal Exit Is Official