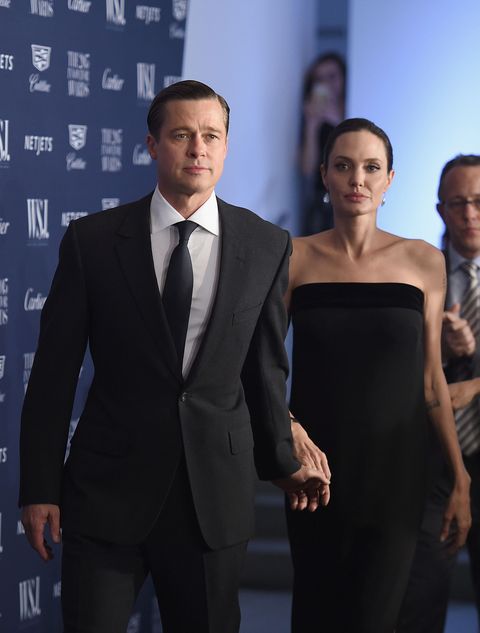 Brad Pitt and Angelina Jolie are gearing up for a custody battle, and while there's a rumor floating around that Jolie hopes to move her six children to London so she can get a job with the United Nations, her rep has another story.

According to TMZ, Jolie's spokesperson "denies there's a move planned and says Angelina is focused on the health and well-being of her children...Angelina wants to continue therapy with the kids and Brad."

Jolie has filed for sole physical custody of Maddox, Zahara, Shiloh, Pax, Vivienne, and Knox, while Pitt is asking for joint custody. Hopefully, the fact that they're in family therapy will go a long way in mitigating any drama.