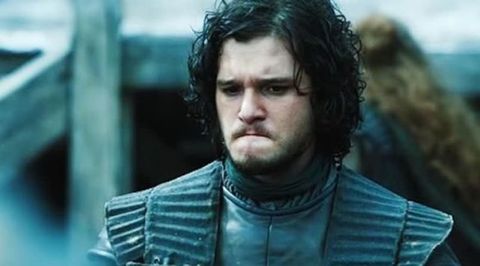 Two of HBO's biggest dramas, awards season vet Game of Thrones and freshman show Westworld, have been nominated in the Best Television Series — Drama category for the 2017 Golden Globes. While we're sure anyone associated with HBO would be ecstatic to see either show win, one person who's very close to Game of Thrones is actually putting his money on Westworld.

In a recent blog post, George R.R. Martin, who wrote the book series on which Game of Thrones is based, went public with his prediction that Westworld will come out on top at the show.

"Being an HBO guy, I'm thrilled that to see that both Game of Thrones and Westworld have been nominated for the big prize... though Westworld is going to be some tough competition. (In fact, I would figure WW for the favorite)," he wrote.

"As an science fiction and fantasy geek, I am also delighted to see that Stranger Things made the list," he added. "Three out of five finalists being genre shows... and during this golden age of television... is another sign of just how far we've come."

TBH, we'd be happy to see any of these shows win at the Globes and, unlike Martin, we're totally incapable of calling a frontrunner.