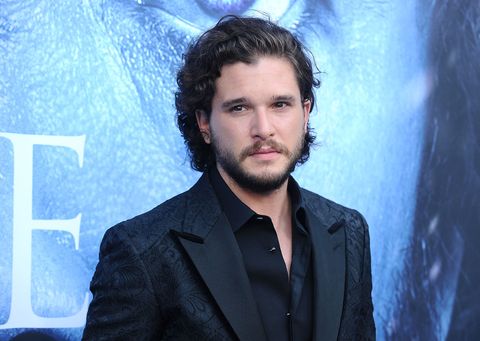 Now that Jon Snow and his aunt Daenerys Targaryen have had sex on Game of Thrones (It's fine! Incest is fine now, apparently!), everyone is wondering whether or not she's pregnant. You probably noticed that Daenerys spent literally all of Season 7 reminding everyone that she can't have kids (like, we get it), but the thing is—she's probably wrong, which you can read all about here: 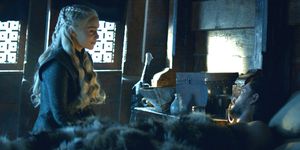 Proof That Daenerys Can Have Children on \'GOT\'

Assuming Daenerys can have children, it seems pretty likely that her boat sex with Jon Snow could lead to a baby—and Kit Harington was asked whether she'd be pregnant in Season 8. His response to the theory? Full blown laughter.

Okay, so this isn't exactly a YES, but it also isn't a NO. And considering that Game of Thrones is crazy secretive with its scripts, it's possible that Kit himself doesn't even know the answer yet. So if your wildest dreams include Jon and Dany having a baby on GOT, rest easy. It could happen.