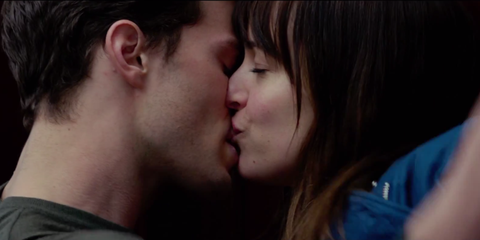 In less than two weeks, the cultural phenomenon turned cinematic masterpiece that is Fifty Shades of Grey will finally be here. We've spent weeks humming soundtrack remixes and dreaming about Jamie Dornan's penthouse, and now, Today has an exclusive first look at a full scene from the movie—a moment from the book when Christian "runs into" Anastasia at the hardware store where she works. What a coincidence. He asks for cable ties, masking tape, rope, "You're the complete serial killer," she tells him. "Not today," he answers, suavely. Such a tease.

Visit NBCNews.com for breaking news, world news, and news about the economy