As a woman in comedy, I look up to Kate McKinnon. She’s smart, confident, self-possessed, and brave. She’s been an out lesbian from the beginning of her career. She not only sings, but can also play the guitar, cello, and piano. And, in a time where women have been consistently shut down and silenced in comedy, McKinnon has remained fearless and loud. So when I saw her on the cover of Vanity Fair this month, I felt proud and validated, like one of my own had “made it” and was getting the recognition she deserved.

But that was before I read her interview. Because sandwiched between artfully posed Annie Leibovitz photos was a 4,000-word profile from writer Lili Anolik that managed to reduce McKinnon, a fiercely well-spoken human and talented comedian, to the same female trope we’ve seen over and over again: A “very pretty” doll that exists only to be admired and appraised. One who, according to Anolik, is “dressed real-person down” for the interview, “i.e., badly: oversize T-shirt and pants that aren’t quite sweat, but close enough; sneakered feet; face cosmetics-free; hair in a ponytail, or, rather, what would be a ponytail if she hadn’t failed to tug the hair all the way through the elastic, leaving it in a sort of ponytail-bun limbo.”

In fact, Anolik can hardly handle how pretty Very Pretty McKinnon (VPM) is, writing, “as quickly as I’m struck by how un-vain she is, I’m struck by how much she has to be vain about,” before defining her as “small-bodied and full-lipped with cat eyes—pale blue and almond-shaped and slanting—tawny skin and hair, dimples she can twitch into existence without even smiling.” And, in case you were curious, VPM is “33 [years old], but appears younger, a few years out of college.” 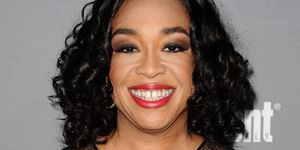 Yes, this was all written in 2017 about a woman who I thought was known for being a badass impersonator of the first female presidential nominee in history. But what pissed me off wasn’t that McKinnon only said six things in the entire article, or that she was stripped of all the facts that matter—it was that this brief dissection of her appearance once again encapsulated a double standard I think all women can relate to: the idea of being effortlessly beautiful; i.e. the expectation that women be both totally “un-vain,” as described by Anolik, and yet still vain enough that we’re seen as universally attractive and desirable. Which, if I’m doing my logic correctly, is impossible. And ridiculous.

But lest you think McKinnon’s profile is the lone outlier in a totally evolved society, I’d like to remind you of a hit song from a few years back, called “You Don’t Know You’re Beautiful,” which gently reminds women that “what makes you beautiful” is when you have no idea that you're beautiful. (So whatever you do, don't think about it! You'll lose your pretty! You can't know that you're beautiful! Stop!). At least, you know, according to the boys of One Direction. And it’s not just them—a quick google image search for "effortless beauty" in advertisements pulls up a truly laughable smattering of models with perfectly "imperfect" tousled hair, bright-white teeth, and zero pores (not even one—I checked). They have just the right amount of makeup to look "dewy" and "fresh-faced," just enough to look "naturally" pretty.

Uh, oh–caught in the act of being a woman again!
Getty Images

But what I want to know is, aside from the Photoshop, what are these women’s skincare regimens? How much sleep do they average per night? How much water do they really drink? How often do they exercise? How much time do they spend each day thinking about their appearance? I’d guess at least a little for all of the above, which means that by Anolik and One Direction’s implied standards, this basic level of self-care kicks them over the “effortless” limit, earning them the label of self-absorbed and, ugh, gross, human.

Of course, I’m sure that neither Anolik nor One Direction nor the majority of people who have ever met a woman truly believes that caring about your health and appearance on some level makes you insufferably vain. But society's ideal image of a woman is already such an impossible mess of contradictions, we end up perpetuating and believing in all of them, especially when they're handed to us by pop culture. I mean, based on what we see on TV alone, we get the sense that the ideal woman should be thin and fit, but should also love to chow down on cheeseburgers. She shouldn’t take her appearance too seriously, but she should also be a knockout that you’re proud to show off to your friends. She shouldn’t be “high maintenance,” but she’s definitely put together.

Unfortunately, all of these restrictions leave little wiggle room for reality, which means if a real woman has acne, it’s seen as gross, but if she layers on the concealer, it’s viewed as vain. Wrinkles? Past her prime, but getting Botox? Shameful. Too much effort makes a woman appear shallow and "ugly," yet not enough effort leaves her looking disheveled and, yup, still “ugly." And regardless of where you fall on the spectrum of trying, all of these paradoxes still create yet another thing for women to feel bad about: Feeling insecure about feeling insecure (which, like, come on; where does it end?).

We all eat cheeseburgers with our bras showing, right?
Getty Images

Because realistically, “effortless beauty” is a bullshit myth. Most of us have to put some amount of effort into our appearance, whether that means wearing makeup, choosing clothes that flatter our figures, using an age-defying face cream, or visiting the gym a few times a week. And we put this basic amount of effort into our appearance for a variety of reasons: maybe we like the way it makes us feel, maybe we think it’ll make us more sexually attractive, or maybe it’s because every other week, we’re inundated with another study that proves, once again, that women can’t just exist as plain-faced, makeup-free, non-smiling humans, or we risk getting paid less, getting passed over for promotions, or not finding love. Science is literally telling us to try harder, while society is telling us to look like we haven’t tried at all. This. Is. Not. Okay.

And I wish I could say I had an answer for all of this, some big fix that would magically help women love themselves for the beautiful, intelligent, powerful goddesses that they are, but I don’t. Because as I read McKinnon’s profile, I felt that familiar “you’re not good enough” feeling creep in. With every sentence about McKinnon’s “naturally pretty” dimples and “full lips,” I melted into my own whirlpool of self-criticism. Because for me (and I’d wager for most women), it’s a daily struggle not to negatively compare myself to other women. And any time I’m even moderately successful in that battle, another interview, or photo, or song, or remark appears to remind me that I’m still not quite measuring up.

I do know, however, that I’d love to live in a world where women can really, truly do whatever the hell they want, whether that’s wearing sweatpants and no makeup to lunch, or a bandage dress and a smoky eye to get coffee, without feeling the bite of criticism, both self-imposed and external. I want makeup to be seen as fun, instead of oppressive or vain, and I want to see a society where women are taught to draw strength and inspiration from their peers, rather than comparisons and competition. But most importantly, I want to exist in a world where the highest praise we can heap on a woman isn’t an unattainable oxymoron.

But this is reality, and we're a long way from a perfect society. So if we are going to hold up beauty as an ideal standard, let’s at least own it and not shame ourselves or each other for caring about the way we look, or place value on one appearance over another. And I guess while we’re at it, let’s change the way we write about women. Or maybe that’s too much to ask. After all, have you seen McKinnon’s dimples? They're very pretty.