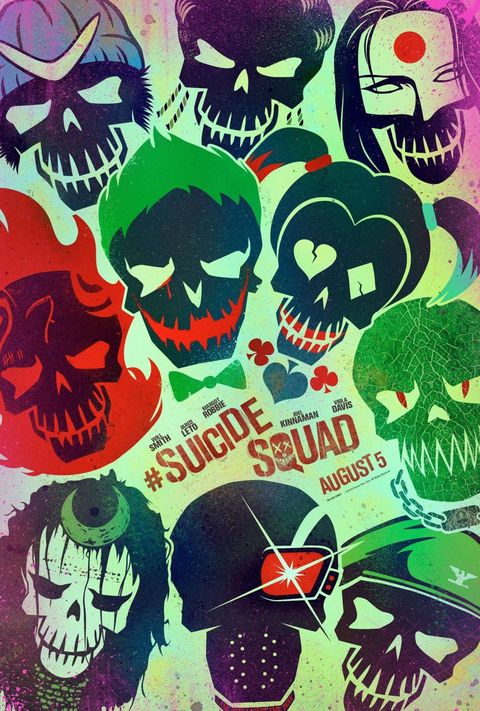 There haven't been many Suicide Squad updates since the first trailer was released last summer—but this latest reveal is definitely worth the wait.

Director David Ayer tweeted a reminder that the anticipated second trailer for the supervillain film drops tomorrow, along with one of the movie's new posters.

There are ten other character posters featuring comic-booky illustrations of each Squad member. If you aren't geeking out with excitement yet for Jared Leto's Joker and Margot Robbie's Harley Quinn, these will do the trick.(Suicide Squad is set to hit theaters August 5, 2016.)

See all the new posters below: