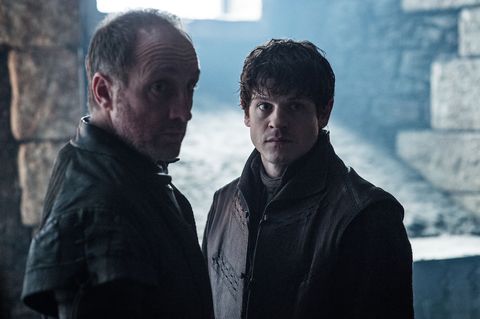 Warning: This post may contain spoilers about episodes 9 and 10 of Game of Thrones. Read at your own risk.

So much has happened this season on Game of Thrones, they're making the finale super-sized.

The episode, which airs June 26, will be a whopping 69 minutes, HBO.com confirmed to Entertainment Weekly. And the penultimate episode, airing June 19, will be 60 minutes—which is also on the long side for Thrones.

The names of the last two episodes were also revealed. The finale is called "The Winds of Winter," which doesn't say much (other than its the title of George R.R. Martin's forthcoming book in the A Song of Ice and Fire series, on which GoT is based). The episode nine title is much more revealing: "The Battle of the Bastards." That's got to be referring to the Jon Snow/Ramsay Bolton showdown they've been building to all season, right? And, as we all know, Thrones is famous for its shocking and brutal penultimate episodes, like Season 1, when Ned Stark was beheaded, or Season 4's epic "Watchers on the Wall" episode when Snow and the Night's Watch defended Castle Black against the Wildlings.

Kate Storey Esquire Writer-at-Large Kate Storey is a Writer-at-Large for Esquire covering culture, politics, and style.
This content is created and maintained by a third party, and imported onto this page to help users provide their email addresses. You may be able to find more information about this and similar content at piano.io
Advertisement - Continue Reading Below
More From Culture
How to Join Marie Claire's Online Book Club
'His Only Wife' Is Our October Book Club Pick
Advertisement - Continue Reading Below
The Novels to Read When the Days Get Shorter
The Most Heart-Stoppingly Scary Movies on Hulu
The Sexiest TV Scenes of All Time
The Scariest Movies on Netflix
'The Undoing' Is Fall's Most Thrilling Drama
It's Been a Weird Year for 'The Bachelorette'
When Does 'The Bachelorette' Air?
Fashion Fanatics Will Love Jenna Lyons’ New Show