Michelle Obama is opening up about her life in a new memoir, Becoming. And in the book, she reveals she struggled with fertility issues before conceiving her two daughters, Sasha and Malia. In an interview with Robin Roberts for a special on the book, which will air on ABC Sunday night, the former first lady said she had a miscarriage 20 years ago.

Becoming
Michelle Obama amazon.com
$32.50
$11.89 (63% off)
Preorder Now
“I felt lost and alone, and I felt like I failed because I didn't know how common miscarriages were, because we don't talk about them,” Obama said. “We sit in our own pain, thinking that somehow we’re broken. That's one of the reasons why I think it's important to talk to young mothers about the fact that miscarriages happen.”

She also said she underwent in vitro fertilization in her mid-30s in order to conceive her two daughters, after realizing “the biological clock is real, because egg production is limited.”

.@MichelleObama opens up to @RobinRoberts in revealing new interview; says she felt "lost and alone” after suffering miscarriage 20 years ago. Watch @ABC special covering her journey to motherhood and more from her memoir, "Becoming," Sunday night 9/8c. https://t.co/ONXwpuZ3WF pic.twitter.com/1Teb5ycWIe

Obama told Roberts she decided to tell her story so women know they are not alone if they're struggling to start a family. “I think it's the worst thing that we do to each other as women, not share the truth about our bodies and how they work, and how they don’t work,” she said. 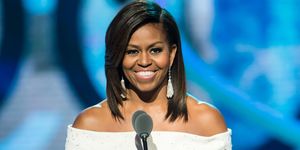 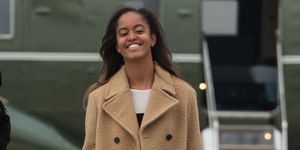