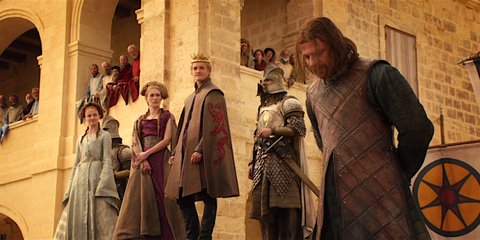 Look, this one might seem a bit crazy, stupid, and annoying, but, believe me, it's important to entertain every single Game of Thrones conspiracy theory, no matter how goddamn ridiculous it is. As fans of both the books and shows know well, no character is ever completely dead on Game of Thrones. Jon Snow, The Hound, Beric Dondarrion, The Mountain, and, in the books, Catelyn Stark—they all are resurrected in some form or another. And since fan theories are pretty much writing the show going forward, we've got to at lease give every one a chance.

There's a theory that has been around for a number of years on A Song of Ice and Fire fan forums that suggests Ned Stark is actually alive. 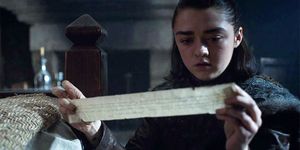 What to Know About Sansa\'s Letter on \'GoT\'

Yes, everyone watched as Ned's head was very clearly severed from his body and placed on a spike on the ramparts of King's Landing. But, what if that wasn't actually Ned Stark who was beheaded in front of his entire family, the fancy royalty, and a bunch of angry, dirty commoners?

According to the theory, Jaqen H'ghar of the Faceless Men and Ned Stark were being held prisoner in the Red Keep at the same time. If you recall, back in Season One Arya first meets Jaqen when he's being transported out of the Red Keep as a prisoner. Now, it seems strange that a Faceless Man would be so easily imprisoned. So, it's logical to believe that he was captured on purpose. That purpose was for Varys to pay Jaqen to replace Ned Stark at his execution with an imposter. Now, there are a few versions of this theory that could make sense. In one, Jaqen himself takes Ned's place, and the man who we know as Jaqen (at least by appearance) is just a dead prisoner whom the Faceless Man sacrificed in Stark's place. 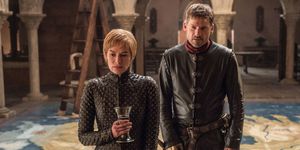 Cersei Is Pregnant on \'Game of Thrones\'

And this would make sense, because there are a number of clues in the books that point toward Ned's body looking different after he was executed. Sansa points out that the head on the Red Keep doesn't look like her father's, and Catelyn Stark notes that his bones look smaller.

So, where the hell has Ned disappeared to when this whole war is going on and his entire family is getting steadily killed off?

Good question! According to this theory, Ned has had to stay in hiding and travel away from Westeros where he won't be discovered. He's also working for Varys to help pay off the debt owed to the Faceless Men. And, hell, weirder things have happened in Game of Thrones, anyway.