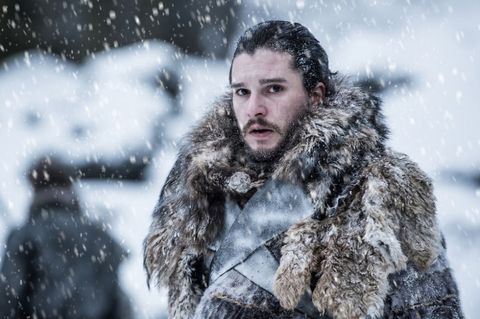 Game of Thrones has made a point this season to—among the dragon battles and sex scenes—include some long, boring scenes between Cersei and Tycho Nestoris of the Iron Bank. I know, I know, it's not much fun to watch Cersei discuss her credit score while an army of undead is marching South, but the Iron Bank has a huge role to play in all this. Many fans believe that money could be Cersei's ultimate downfall once the Iron Bank sees a better business opportunity in Daenerys than Cersei.

But the bank could also be another potential ally in the north, with a vested interest in Jon Snow's cause as well. As one Reddit user explains:

I believe Jon should also be prioritizing proving to the Iron Bank that the Wights exists. I've thought for a while about how the White Walkers only seem to plague Westeros, while the rest of the ASOIAF World is so enormous and would remain seemingly unscathed by Westeros' complete and utter fall in the coming Winter. Shouldn't there be some army or ally in the Eastern Lands that would have a vested interest in ensuring the entire continent of Westeros wasn't turned into an army of the dead? Seems to make sense that the Iron Bank would be exactly those people. They have a major interest in ensuring the Westeros economy stays intact and continues to funnel gold into their banks across The Narrow Sea. Upon learning of the coming threat to a major interest of theirs, wouldn't the Iron Bank be motivated to provide sell-sword armies and resources to help man The Wall and defeat the White Walkers?

This is assuming Jon Snow is able to pull off his dumbest plan yet and secretly kidnap a single wight from the White Walker army. But, should the Iron Bank be convinced of the White Walker threat, their best investment would be in the salvation of the human race. That's a pretty sound business model. The White Walkers probably aren't going to pay taxes! Plus, since Cersei has mistakenly already paid back the Lannister debts in full, the Iron Bank has no more use for her—especially if she's going to burn down all of King's Landing to keep her crown. 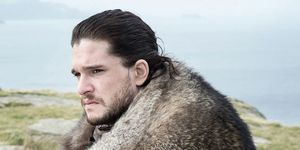 This has worked at least once before in Game of Thrones. Stannis and Davos were able to get the Iron Throne on their side to hire mercenaries, which they use to attack Mance Rayder's forces. And Jon Snow has a far more lucrative business opportunity for the bankers. Humans will make more money alive than dead! And money right now would be a huge help for Jon. He needs to manufacture a bunch of dragonglass weapons, and the only way to do that is with some expensive industry. He also needs to ensure the support of the Northern and Southern lords, and that's a whole lot easier with the bank on his side. Maybe this will come into play as part of the super Game of Thrones theory. Sure, a bank swooping in to save the day isn't necessarily an exciting twist, but George R.R. Martin has gone through incredible lengths to create a functioning fantasy world, which includes its own important economy. Our guess? We haven't seen the last of the Iron Bank.