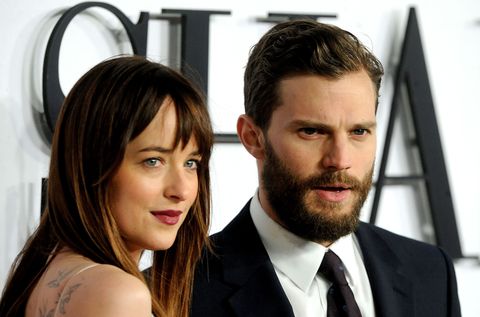 There's a possibility you won't have to wait until next week for more Fifty Shades, but it's not coming quiiite the way you expected—publisher Random House discovered that the Grey manuscript was missing from its offices on Tuesday. Meaning: It could have been (slash probably was) stolen. Police are investigating.

Author E L James wrote the prequel novel retelling the story from Christian Grey's perspective after thousands of fans requested demanded it mob-style with torches and chants. (Not really, but that's the way we imagine it). Now, the publishing house is worried the thieves will sell extracts of the manuscript to the media or leak it online for free.

Or *maaaaybe* it was just a super-fan who had to read the book right this second.

Barring any leaks, the book is due for official release June 18. Until then, we'll be poring over the internet.