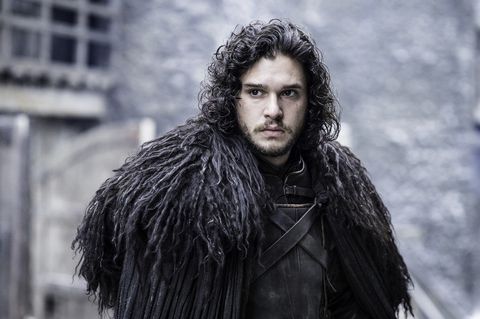 Jon Snow managed to get himself stabbed last season on Game of Thrones (ugh, typical), and there's been rampant speculation about his RIP-status ever since. Is John legit dead like literally every other member of his family? Or will he get his White Walker on and take over Westeros?

HBO just released a teaser for GOT Season 6, and Jon Snow makes several appearances. Buuuuut they're all flashbacks, because apparently the folks that put this teaser together learned the art of "trolling."

It's safe to assume that Game of Thrones wouldn't create such a Snow-centric trailer if he wasn't returning in some shape or form, but just in case he's really dead, please enter the safe space that is this gif.

Side note: How funny would it be if this entire show was just one of Bran's whack hallucinations? Just a thought.