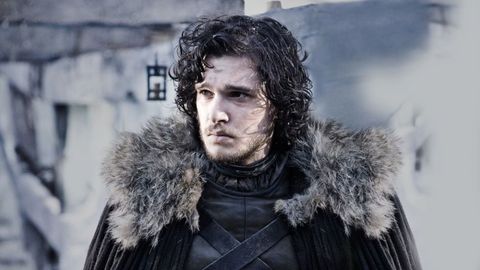 Honestly, Game of Thrones might as well be renamed "1,001 Ways for Kit Harington and the Rest of the Cast to Insist That Jon Snow's Dead When He's Not," because that is what has occupied at least 80 percent of their time since he got shanked last season. Now, good ol' Kit has come out with a definitive statement on his character's demise, as if he, not the internet, could have the last word.

"I filmed some scenes of me being dead. It's some of my best work," he said in an interview with Time Out London. "Look, I'm not in the show any more. I'm definitely not in the new series." Sure, sure. Whatever you say.

In other season six news, a special behind-the-scenes video highlighting the crew offers some more clues on what's to come, including the return of Bran Stark's guide Meera Reed and a reunion between Melisandre and Ser Davos Seaworth.

It's just too bad absolutely no one's going to stay alive much longer.