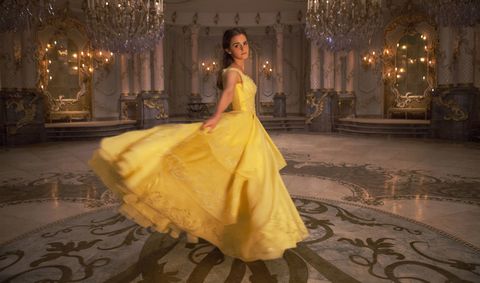 Disney *finally* took a giant step towards LGBTQ representation by featuring their first gay character in Beauty and the Beast, and everyone is super excited. Except for this one movie theater in Alabama. And also, Russia.

Thanks to the fact that Le Fou is gay, Russia has placed restrictions on Beauty and the Beast, and will only allow audiences 16 and over to see the film in theaters. Presumably so children aren't exposed to gay representation, because god forbid they grow up with open minds and open hearts! (Sarcasm.)

According to The Hollywood Reporter, ministry film department head Vyacheslav Tyelnov was quoted as saying "We are issuing an exhibition license to the movie without any problems. The age restriction will be 16+."

Tyelnov's statement comes after Russian legislator Vitaly Milonova asked culture minister Vladimir Medinsky to determine whether or not Beauty and the Beast adheres to Russia's law prohibiting "gay propaganda against minors." Oh, and if that isn't upsetting enough, he said the film had "perverted sexual relations."