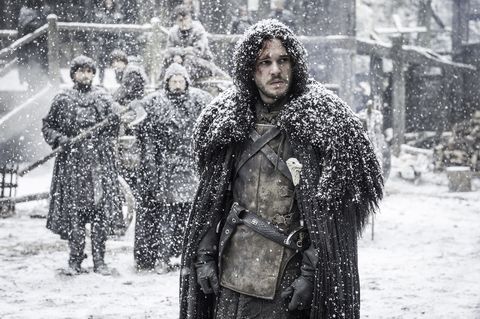 Because the HBO gods are great (and also want to make money), it *looks* like they might be in the mood to green-light a Game of Thrones spin-off. Which, we have a lot of feelings about.

GOT will end after Season 8, leaving a giant hole in the HBO line-up, as well as our hearts. But when asked about the possibility of a spin-off at SXSW, showrunner David Benioff said the following:

"The characters who maybe will survive—there's always going to be this temptation to keep doing it…to do the spin-off show, or do the sequel show and everything. And I think HBO might well do one. I'm looking forward to watching it, I think it'll be great, but I think it's better for them to get new blood in with new visions."

Hey, spin-offs have worked for plenty of shows before (Better Call Saul, anyone?), but who knows. HBO might pull a Joey and ruin everything.