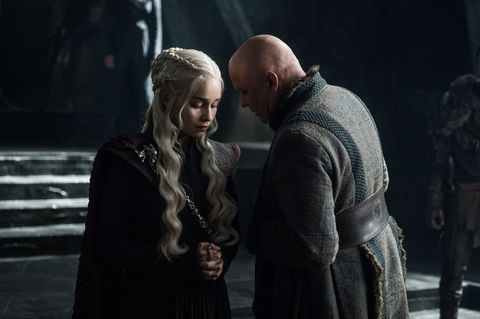 A hacker has released what might be a script from the next episode of Game of Thrones—and more leaks may be on the way. Entertainment Weekly reports that a hacker put upcoming episodes of Ballers and Room 104 online, plus a script that is apparently the next episode of Game of Thrones. The person behind the cyberattack promises more is "coming soon," and an anonymous email was reportedly sent to various journalists celebrating the leak. The chairman and CEO of HBO, Richard Plepler, emailed employees about the data breach, calling it "disruptive, unsettling, and disturbing." 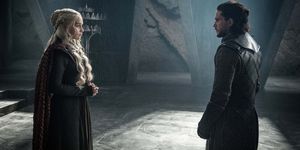 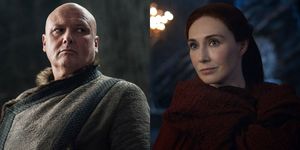 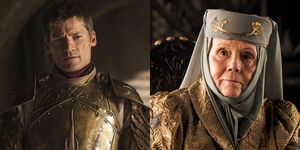 The Meaning Behind Olenna Tyrell\'s Confession

"HBO recently experienced a cyber incident, which resulted in the compromise of proprietary information," the network said in a statement. "We immediately began investigating the incident and are working with law enforcement and outside cybersecurity firms. Data protection is a top priority at HBO, and we take seriously our responsibility to protect the data we hold."

HBO, along with many other networks, has had to work to protect itself from cyberattacks and leaked episodes over the years. Just in April, a hacker leaked episodes of Netflix's Orange Is the New Black before the season was set to air; he or she had held them for ransom, according to the New York Times. And according to Entertainment Weekly, HBO no longer sends episodes in advance because of past episodes that leaked online.

It's unclear exactly what Game of Thrones details were released in the hack, or if the script was even legitimate in the first place. HBO won't comment on that, naturally, and perhaps it's for the best. Why ruin the surprise for Sunday night?