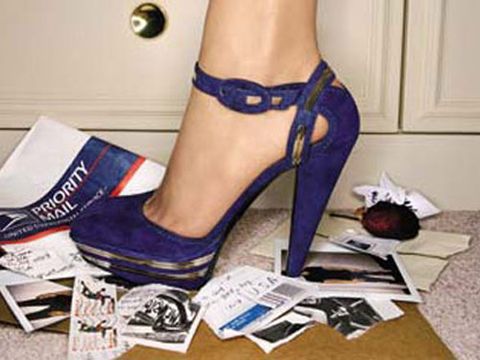 What the term means

It's a measure of the total amount of harmful greenhouse-gas emissions that people produce, either directly or indirectly. These gases warm the atmosphere by absorbing heat that's radiated by the earth, then releasing only a portion of that heat into space. The most dangerous, long-lasting greenhouse gases produced by humans are carbon dioxide, methane, nitrous oxide, and chlorofluorocarbons (aerosols containing this were banned in the U.S. nearly 30 years ago). Carbon dioxide, or CO2, is the most pervasive of the evil gases (a molecule stays airborne for more than a century), and since it's tough to separate and quantify each distinct greenhouse gas, scientists commonly use CO2 to measure the global-warming problem.

Why is it called a "carbon footprint" and not "carbon-dioxide footprint"?

All of the greenhouse gases we just mentioned have carbon in common. Analysts often convert these gases to "carbon equivalents" so they can compare apples to apples in terms of emissions.

Is carbon all bad?

Actually, it's not. Diamonds are pure carbon, and what's not to like about them? Our bodies are mostly made of carbon, as is just about everything we touch and see, from tree stumps to trash bags. But carbon is also oil, natural gas, and coal — hence, its polluting connotation. Match the carbon in the atmosphere with pairs of oxygen molecules that are created through the combustion of trees, dung, and fossil fuels, and it becomes CO2. The current global atmospheric concentration of carbon dioxide is as much as a whopping 40 percent higher than levels in the air before the industrial revolution.

This content is created and maintained by a third party, and imported onto this page to help users provide their email addresses. You may be able to find more information about this and similar content at piano.io
Advertisement - Continue Reading Below
More From Culture
The Scariest Movies on Netflix
'The Undoing' Is Fall's Most Thrilling Drama
Advertisement - Continue Reading Below
It's Been a Weird Year for 'The Bachelorette'
When Does 'The Bachelorette' Air?
Fashion Fanatics Will Love Jenna Lyons’ New Show
Your Favorite Teen Heartthrobs Then vs. Now
Halloween Costumes You Can Wear for Work Zooms
'Empire Records' Helped Me Understand My Queerness
Iconic '90s Movies to Binge-Watch Right Now
HBO Is Giving Fans a Special 'Euphoria' Episode