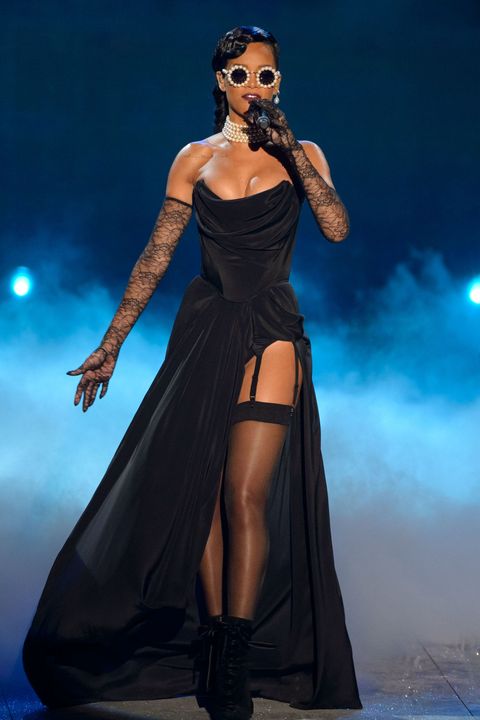 According to Women's Wear Daily, the self-described boring girl will be hard at work on her long-awaited albumAnti instead of stomping up and down the stage alongside Selena Gomez, the Weeknd, and a bunch of tall people in their underwear. But don't freak out just yet—Ellie Goulding will take her place amongst the angels, who this year also count Gigi Hadid and Lily "Fantasy Bra" Aldridge amongst their ranks.

We shall miss you, RiRi, but none more so than Candice Swanepoel.