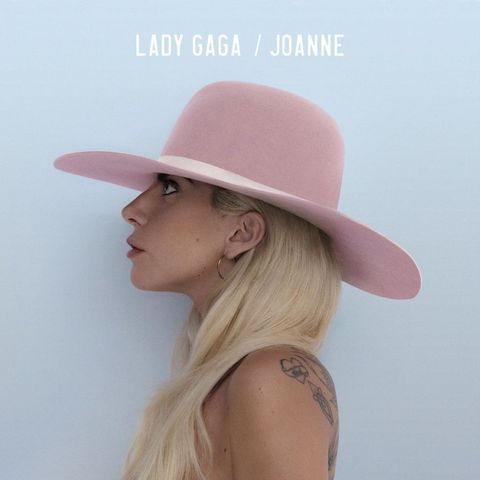 Given her history of look-at-me outrageousness, is it a wonder that T-shirt-and-jeans Lady Gaga, the most recent version, feels like such a departure? Who *is* this woman Joanne, who plays dive bars (sponsored by Bud Light!) and wears sequined boleros to match the equally sparkly bands of her cowboy hats?

When her latest release—already poised to be her fourth chart-topper—dropped Friday, "Why is she doing country now?" probably pinged group texts everywhere. But it's not country, really—it's an at-times jumbled hodgepodge that raises further questions about sincerity and authenticity from an undeniably talented performer who's either lost her way or begun to find it, both musically and sartorially. Because we know Gaga has the range and the wherewithal to craft a persona—and this one does demonstrate her impressive ability to expand on a theme until it fills a complete, cohesive character—but is it just that? Another role when, sonically, Joanne is meant to be more authentic than ever before?

Of course, going against everything you once were is a gimmick itself—the oldest one in the fashion book—so what does it mean when someone who's clung so tightly to fashion eases off? Maybe it was, as we previously speculated, a symbol of the buckling-down making a new record requires. Maybe it was like a sorbet of sorts, to cleanse the palate between moods. (She's since returned to repping old friends Alexander Wang, Marc Jacobs, and Donatella Versace.)

Or maybe we're simply seeing who she is at this moment, which is almost certainly who she decided to be at a previous moment. So with this, this imperfect illusion of realness, Joanne's ultimate purpose might be to remind us that life as a process—that every new look can take us one step closer to becoming the people we were all along.

Chelsea Peng I'm Chelsea Peng, the assistant editor at MarieClaire.com.
Advertisement - Continue Reading Below
More From Fashion
Spring Dresses to Buy Before They Sell Out
Katie Holmes Wore a Cool Pair of Oxford Shoes
Advertisement - Continue Reading Below
What the Founder of Lingua Franca Wears to Work
The Best Grammys After-Party Outfits
The Spring Trends That'll Shake Up Your Wardrobe
Behold: The Sexiest Looks at the 2020 Grammys
The Best Red Carpet Looks at the 2020 Grammys
Shop Kate Middleton's Personalized Charm Necklace
PSA: Anthropologie Is Having a Sale All Weekend
Treat Yourself to These Pretty Lingerie Pieces