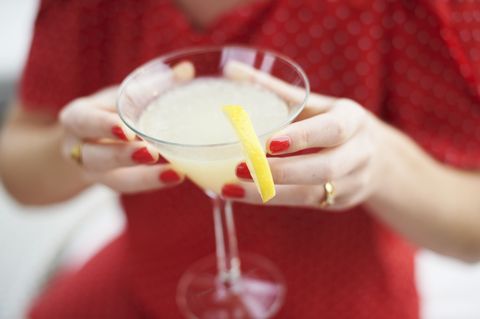 1. The old mantra "liquor before beer, you're in the clear; beer before liquor, never been sicker"

In a word: nope. The amount you drink matters more in the long run. (Or the short run, if you're a lightweight.) So it doesn't really matter if it's liquor, wine, beer, that old Four Loko someone brought out as a joke...

2. Aged wine is ideal—the older the wine, the better it is

Depends on the wine. Many wines are actually meant to be downed right away. And yes, that still applies to the bubbly stuff—aged Prosecco is no bueno.

Not always. Some beers, like stout, are actually lower in calories and alcohol content than their paler counterparts. Color isn't an indicator of anything other than the type of grain it came from.

4. Hangover cures include coffee and a shower

Ah, hangovers. There will always be some new product promising to make this awful, awful, terrible feeling go away. But unfortunately, they are only aids. While a shower, coffee, and certain vitamins can help wake you up and get your body, uh, moving (so to speak), they won't actually help you process alcohol. Only time is the true healer.

5. Having caffeine with alcohol will keep you alert

Uh, you might be energized, sure. But alcohol is alcohol is alcohol—and it will dull your senses. Even worse, drinking caffeine with alcohol might energize you to the point that you drink for even longer amounts of time. Cue the hangover.

6. All alcohol results in a hangover

Well, yes. That's actually true—but the things you drink can have an impact on how awful you feel the next day. Avoid drinks with a lot of sugar, which will cause headaches. And if you're sticking to hard liquor, watch yourself—dark liquors (think: rum and whiskey) unfortunately have byproducts of fermentation called congeners, which, in a nutshell, have an effect on the enzymes in your body—leading to you not being happy with yourself the morning after.

Samantha Leal Senior Web Editor I'm Sam, the senior editor at MarieClaire.com.
Advertisement - Continue Reading Below
More From Food & Cocktails
The Delicious Drinks on Starbucks' Secret Menu
Be Fancy, Sip a Vermouth Cocktail
Advertisement - Continue Reading Below
The Tastiest, Fanciest New Year's Eve Cocktails
Elevate Your Next Toast With a Champagne Cocktail
91 Drinks to Get You in the Holiday Spirit
The World's Largest Starbucks Is Opening
Starbucks' Holiday Cups Are Back In Stores
Found: 12 Delicious, Affordable Champagnes
You Can Have Lunch At Lorelai Gilmore's House
The Best Vegan Wines to Indulge In, Guilt-Free