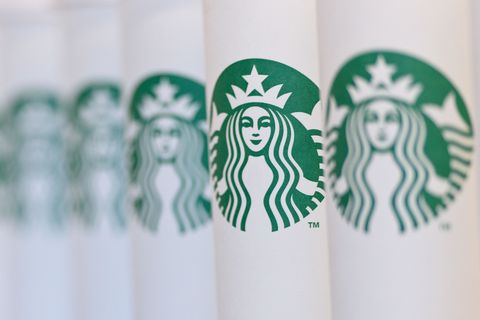 Many were left without their caffeine fix Tuesday morning after a computer issue caused many Starbucks stores across the country to close. While a Starbucks representative confirmed that the outages were part of a regular technology update in the U.S. and Canada, people on Twitter were losing it over the fact they couldn't get their morning lattes.

Other had more luck, as some Starbucks stores stayed opened and were just giving away free drinks.

While a "limited number of locations remain offline," according to a Starbucks rep, they are moving quickly to restore the computer systems at those remaining stores. However, Starbucks corporate is requesting that all stores remain open and "take care of all the customers" in the meantime. So you heard it here. Free Starbucks if your store's computers are still down, but act quick!

Starbucks released this official statement this afternoon regarding the computer issue:

Overnight we worked to install a technology update to our store registers in the U.S. and Canada, and a limited number of locations were temporarily offline. The stores remained open during this time, and we can now confirm virtually all are once again fully operational with the remaining few stores scheduled to come back online shortly. We appreciate the patience and support from our customers and partners (employees).

Lyndsey Matthews Lifestyle Editor Lyndsey Matthews is the Lifestyle Editor across all of Hearst Digital Media's brands.
Advertisement - Continue Reading Below
More From Food & Cocktails
The Delicious Drinks on Starbucks' Secret Menu
Be Fancy, Sip a Vermouth Cocktail
Advertisement - Continue Reading Below
The Tastiest, Fanciest New Year's Eve Cocktails
Elevate Your Next Toast With a Champagne Cocktail
91 Drinks to Get You in the Holiday Spirit
The World's Largest Starbucks Is Opening
Starbucks' Holiday Cups Are Back In Stores
Found: 12 Delicious, Affordable Champagnes
You Can Have Lunch At Lorelai Gilmore's House
The Best Vegan Wines to Indulge In, Guilt-Free