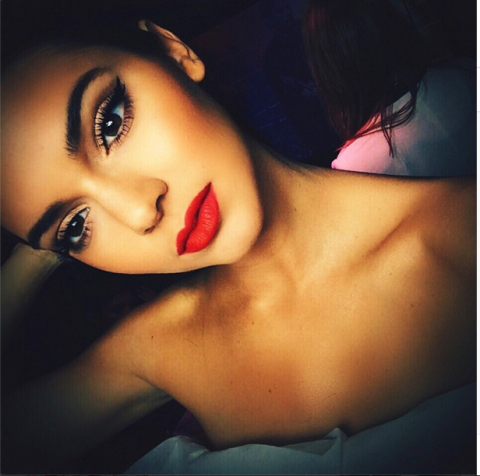 thoroughly enjoying the South of France 💙

Kendall Jenner is certainly causing a stir in the media as of late. During the last year she's legitimized herself as a couture runway model, appeared on the 9th season of KUWTK, and dated some very lusty Hollywood heartthrobs. There was (our favorite) floppy-haired British crooner Harry Styles, Ashton Irwin of 5 Seconds to Summer, Dallas Mavericks forward Chandler Parsons, and then there was that whole thing in Ibiza with Justin Bieber. Not a bad, K. Jen, not bad.

Jenner admitted in an interview with DuJour magazine that she's "definitely boy crazy," and that she and her little sister Kylie have the same type. She explains, "I love tall. And you gotta make me laugh because I can't make anybody laugh. I'm not a funny person so I need someone to make me laugh." Cue that Sex and the City quote about just wanting to be with "the one that makes you laugh."