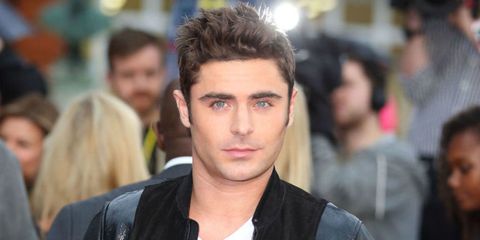 Original story, 1/19: Should you ever find yourself to be a in position to thank 10 million followers on social media, please DO NOT give thanks on a day when your country is honoring one of its greats. Perhaps no one told this to Zac Efron when he surpassed that mark on Instagram yesterday, which also happened to be Martin Luther King Jr. Day.

Naturally, folks are putting Zac in his place because MLK does not deserve this kind of tribute. Hopefully Zac will soon enroll in a course called Courtesy, Respect, and How to Tweet. Or, he can call any of the following people who shared nice things about MLK: Barack Obama, Eva Longoria, Kim Kardashian, and pretty much everyone else.

@ZacEfron @Nickrob maybe those should have been two separate posts?

Billboard reports that Zac missed the pre-taped gathering because it conflicted with his promo schedule for Dirty Grandpa, (aka a film you will probably never see). The special will, however, include separate recorded comments from the man himself.

@ZacEfron 10 million? 10? As in 10 year reunion you MESSED UP GET YOUR HEAD IN THE GAME! WERE ALL IN THIS TOGETHER!! WHAT TEAM? WILDCATS! WH

The Zac-less HSM reunion is set to air on the Disney Channel on Wednesday.