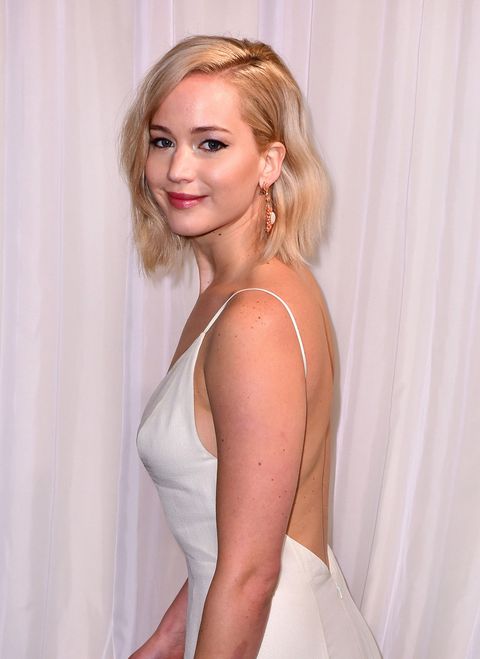 Highest-paid Oscar nominee Jennifer Lawrence embraces her moles on television, in movies, and on the red carpet all the time.

The girl works it. But those flawless (not flaws, for the record) moles are being Photoshopped out of magazine covers and ads for no reason whatsoever. Here are 10 times Jennifer Lawrence's moles were airbrushed off her body that you probably never even noticed:

Danielle Tullo Deputy Editor I like pink, iced coffee, and long walks through the candle section.
This content is created and maintained by a third party, and imported onto this page to help users provide their email addresses. You may be able to find more information about this and similar content at piano.io
Advertisement - Continue Reading Below
More From Celebrity
Chrissy Teigen's Therapist Inspired Her New Hobby
J.Lo Claps Back After Botox Comments
Advertisement - Continue Reading Below
Katie Just Posed in a Shirt Her Boyfriend Designed
Meghan Wasn't Appreciated for Royal Contributions
Harry & Meghan Have Had a Painful Year Since Exit
The Queen's Hot Grandnephew Is a Thirst Trap
Watch Diana Play Impromptu Piano in Rare Clip
Peek Inside the Cambridges' Country Home
Harry Is Heartbroken About His Family Situation
William and Harry Could Fight Over Diana's Legacy