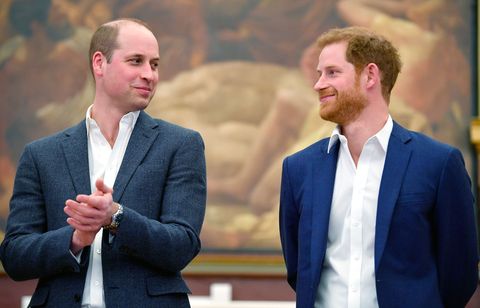 The royal family isn’t all just frolicking at weddings in fancy hats and attending super fun public events—there’s serious money involved in every aspect of their lives. Each member is worth a real fortune, and millions upon millions of British pounds are passed down through each generation from inheritance. Take Princes William and Harry for example, who, for their 30th birthdays, were given the humble sum of £10 million ($12.9 million) each, left to them by Princess Diana.

Not only did their late mother make sure that the boys were financially supported as they grew up, but their great grandmother, The Queen Mother, also left a significant amount of her great fortune in the Princes’ names. But the youngest of the two, Prince Harry, is said to have received a greater portion of the Queen Mother’s inheritance than his older brother, Prince William. And no, it’s not just because she played favorites.

Following her death in 2002 at the impressive age of 101, the BBC reported that the Queen Mother had given two-thirds of her entire estate (worth an estimated £70 million or $90.2 million) to a trust fund specifically for her great-grandchildren, which is truly elderly relative goals. Just to make you further wonder why you weren’t born into the British royal family, it was estimated at the time that the princes would share around £14 million ($18 million) between them just from her.

The Queen Mother's reported decision to leave Harry with a bigger portion of the money is thought to be down to logic, regarding their place in the line of succession rather than a secret preference for cheeky redheads. As second-in-line to the throne, William will undoubtedly “benefit financially by becoming king”, according to the BBC, taking over multiple assets and estates as he progresses through the monarchy.

The Queen Mother was simply looking ahead and doing a solid for her youngest great-grandson by compensating for the wealth that poor old Harry will lose out on in comparison to his king brother. Uh, older siblings, am I right?