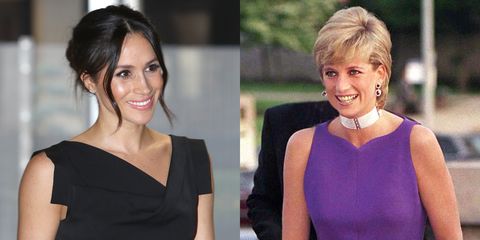 There are several undeniable similarities between Meghan Markle and the late Princess Diana. Both women are charitable beyond measure. Both married into the British royal family and were embraced almost instantly by the people. Both are known for their impeccable style. They even share a love for handwritten letters. 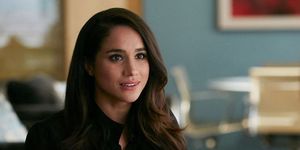 What's more, throughout their relationship, Meghan and Prince Harry have made a point to honor Diana at every milestone.

But, Meghan and Diana have another connection that far predates Meghan's induction as royalty: Northwestern University.

Put simply, the highly-ranked university is the reason both Meghan and Diana made a connection with the city of Chicago. Meghan's connection to Northwestern is obvious—she attended the school, graduating in 2003 with a double major in international studies and theater.

"I had always been the theater nerd at Northwestern University," she told Marie Claire in 2013. "I knew I wanted to do acting, but I hated the idea of being this cliché—a girl from L.A. who decides to be an actress. I wanted more than that, and I had always loved politics, so I ended up changing my major completely, and double-majoring in theater and international relations."

Princess Diana's Northwestern connection is a little less well-known, however. In 1996, she visited Chicago on the invitation of university president Henry Bienen, with whom she attended a formal fundraising gala at Chicago’s Field Museum of Natural History. The gala was to raise money for cancer research and Diana wore a bright purple (the school's color) Versace gown for the occasion.

During her three-day stay in Chicago, Diana also took a tour of the Northwestern campus, walking the same grounds her future daughter-in-law would call home for four years.

There are even pictures of Diana floating around the internet that show the late princess walking around in a purple Northwestern sweatshirt and white shorts, looking ready for a game day tailgate. There's no doubt she would have been very proud of her daughter-in-law's alma mater and who knows, maybe there's an alternate universe where Meghan and Diana watch NU games on TV in matching hoodies. It's nice to think about, anyway.

“I love Chicago,” Diana said as she boarded her flight home from the trip. “It’s been wonderful.”

This content is imported from {embed-name}. You may be able to find the same content in another format, or you may be able to find more information, at their web site.
Kayleigh Roberts Contributor Kayleigh Roberts is the weekend editor at Marie Claire, covering celebrity and entertainment news, from actual royals like Kate Middleton and Meghan Markle to Hollywood royalty, like Katie Holmes and Chrissy Teigen.
This content is created and maintained by a third party, and imported onto this page to help users provide their email addresses. You may be able to find more information about this and similar content at piano.io
Advertisement - Continue Reading Below
More From The Ultimate Guide to the Royal Family
The 6 Most Expensive Royal Wedding Dresses
Inside Kitty Spencer's Stunning £19 Million Home
Advertisement - Continue Reading Below
Meghan Was Hit With Thousands of Vile Comments
Watch Meghan's Candid 2013 Larry King Interview
Meghan Markle Made Prince Harry a Better Man
See a Rare Portrait of Princess Diana's Mother
Diana's Wedding Interview Footage Is Telling
The Queen May Honor Kate Later This Year
Prince Harry on How Tabloid Attacks Changed Him
A Look at Royal Family Portraits Through the Years