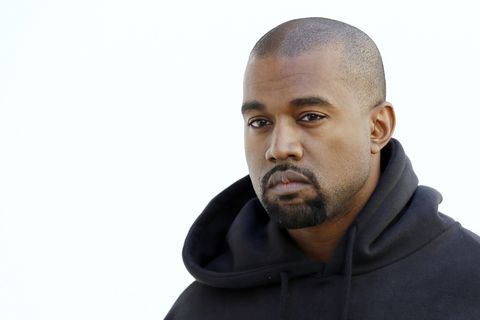 Kanye West was "under observation" at a Los Angeles hospital late today, NBC reports. The news comes shortly after the rapper's reps confirmed he was canceling the remaining 21 shows left in his Saint Pablo Tour without giving reason. The tour was meant to last until mid-December.

West was hospitalized for "his own health and safety" a close source told NBC. There was no criminal activity involved. The LAPD answered a "medical welfare" call at around 1:20 PM PST. It is unknown whether he is still in the hospital.

TMZ reports that West is under "psychiatric evaluation" at UCLA Medical Center. Law enforcement told the news site that he wasn't home when police responded to the call, but paramedics were able to transport the rapper via an ambulance. He reportedly did not want to go and had to be "restrained" while being transported.

Sources close to West said he was getting checked by the doctor for sleep deprivation when it was decided that he needed to be admitted to a hospital.

This is a developing story. Check this space for updates.

This content is created and maintained by a third party, and imported onto this page to help users provide their email addresses. You may be able to find more information about this and similar content at piano.io
Advertisement - Continue Reading Below
More From Celebrity
Kate Middleton Wears an Oversized Barbour Jacket
J.Lo's New Song "In the Morning" Is Sexy AF
Advertisement - Continue Reading Below
The Queen Has Launched Her Own Gin
How Celebs Are Celebrating Thanksgiving This Year
Harry and Meghan Can't Comment on 'The Crown'
Charles & Will Supported Harry After Miscarriage
All the Black Friday Sales Royal Fans Need to Shop
Meghan's Mom Is Helping Her Heal After Miscarriage
Celebs Reveal Their Worst On-Screen Kisses
Duchess Kate Looks Stunning in a Pink Suit