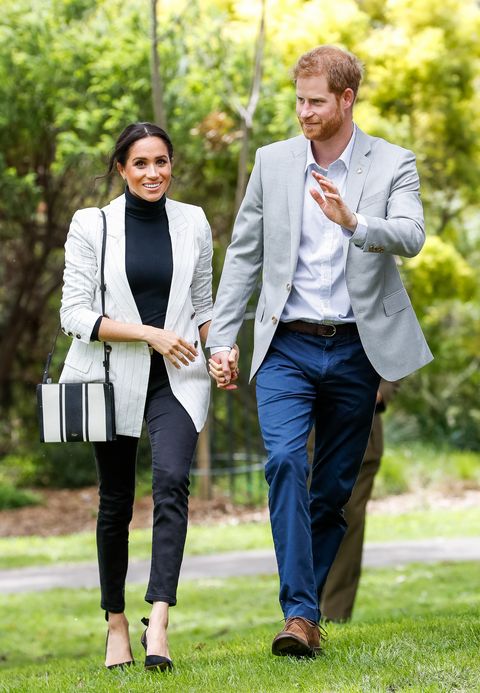 There's no doubt that Prince Harry and Meghan Markle's baby will be a little prince or princess in all of our hearts. There is still plenty of doubt, however, about if that baby will officially be a little His or Her Royal Highness.

In the end, like so many other things in the royal family, it will all come down to what Queen Elizabeth II feels like doing. Here's how it works: For the longest time, with the exception of the first son of the Prince of Wales (right now, of course, that's Prince Charles and his firstborn son, Prince William), no new royal was really guaranteed a fancy pants HRH title. Before Prince George was born in 2013, the Queen changed the rules to include all of the kids of the direct heir. This is why Charlotte is officially, and automatically, a princess.

Unlike William, however, Harry is not directly in line for the throne. In order for Harry to become King Harry, there would have to be several abdications or a lot of tragedy—neither of which is likely. That means, of course, that it's even less likely that Harry's kids will ever assume the throne. As a result, their HRH titles are not automatic or guaranteed, but at the Queen's discretion.

“I am determined to have a relatively normal life, and if I am lucky enough to have children they can have one too," Harry explained in 2017. "We don’t want to be just a bunch of celebrities but instead use our role for good."

There's precedent for this, too. Will and Harry's cousins don't all have official royal titles. Prince Andrew reportedly wanted princess titles for his daughter, Eugenie and Beatrice, so they got them. Princess Anne's kids, Zara Tindall and Peter Phillips, however, don't have them. So it's clear that Elizabeth takes the parents' preference into consideration.

If it's not Harry and Meghan's choice, it might come down to Prince Charles' preference.

"Charles might have decided only the children of his eldest son are to be HRH," a source said, according to Express.

We'll just have to wait and see, of course, if Harry and Meghan's kids use a royal title or not. 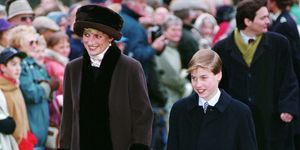 Prince William Told Diana He'd Return Her Title
Kayleigh Roberts Contributor Kayleigh Roberts is the weekend editor at Marie Claire, covering celebrity and entertainment news, from actual royals like Kate Middleton and Meghan Markle to Hollywood royalty, like Katie Holmes and Chrissy Teigen.
This content is created and maintained by a third party, and imported onto this page to help users provide their email addresses. You may be able to find more information about this and similar content at piano.io
Advertisement - Continue Reading Below
More From The Ultimate Guide to the Royal Family
Will and Kate Attend the ‘No Time to Die’ Premiere
Harry Carries Briefcase That Reads "Archie's Papa"
Advertisement - Continue Reading Below
Meghan Markle and Prince Harry Arrive in NYC
Princess Beatrice Reveals Daughter's Name
How Meghan & Harry Spent Their 2-Year Anniversary
Charlotte Has Two Major Milestones Coming Up
Kate Made a Very Common Shoe Shopping Mistake
The Queen Is Lawyering Up, Apparently
Harry & Meghan Are Still Close to the Queen, TYVM
Archie Inspired Harry and Meghan to Take a Stand