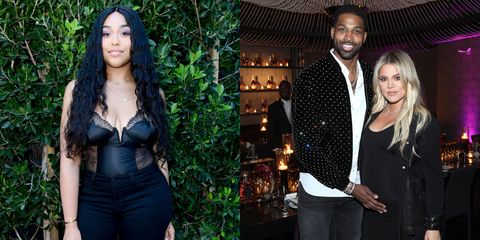 Yes, the KarJenner siblings share everything, including a complicated, overlapping web of interconnected partners, exes, and unconfirmed flings, and rumored hookups, full of head-spinning triangles and even quadrangles (like how Scott Disick's current flame, Sofia Richie, used to date Justin Bieber, who was widely rumored to have had a fling with Kourtney Kardashian, with whom Disick shares three children).

And check out this gallery for a relationship-by-relationship (or, in some cases, rumored-hookup-by-rumored-hookup) breakdown of the family's tangled web of romantic connections: